We may earn money as an Amazon Affiliate from qualifying purchases.﻿ 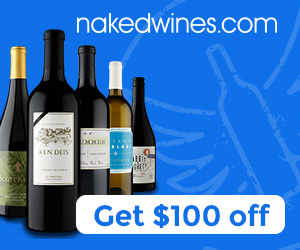 To become a master of anything, you first need to know the basics. That’s why I’m embarking on a Wine 101 Series to get to know our grapes better.

Without going all text book-y on you, my goal is to give you a taste of the history behind some of the more well-known wines and then throw in a few rogue varieties just to mix things up a bit – which, really,  is another series all together ie) blends. So without further adieu, let’s start with one of my favorites: Cabernet Sauvignon.

As one of the world’s most well-known red grape varieties, Cabernet Sauvignon is no stranger to wine glasses across the globe.

The popularity of Cabernet stems from the vast plantings of the grape in almost every major wine producing country. The grape was singled out when it reached the New World, having come from France, and took root in the Santa Cruz Mountains and the Napa Valley. Hawkes Bay in New Zealand, Australia’s Coonawarra and Margaret River regions are also big producers of Cab.

Up until the 1990s, this grape was the most widely planted red grape until Merlot stepped in and took its place. (Merlot 101 coming soon!)

Like most exceptional grape varieties, Cabernet’s beginnings took root in Southwestern France. It is said that a chance crossing in the 17th Century between Cabernet Franc and Sauvignon Blanc birthed what we know today as Cabernet Sauvignon. The hybrid grape grew in popularity due to its hardy thick skins and vines, resistance to rot and insects, and ease of cultivation.

Before DNA testing was conducted on the grape in 1996 by UC Davis’ Department of Viticulture and Enology, myths surrounding Cabernet went as far back as ancient Rome. It was believed that the Biturica grape, referenced by Pliny the Elder and used to make ancient Roman wine, was the Cabernet variety we enjoy today. This story was commonly believed up until the 18th Century, especially as the grape was known as Petite Vidure, or Bidure, Bidure being mistaken for Biturica. Fun story. Not true.

Dr. Carole Meredith sorted it out for us in ‘96 when the results from the DNA testing revealed that Cabernet Sauvignon was an offspring of Cabernet franc and Sauvignon blanc. Although not as glamorous a story as the ancient Roman rumor, franc and blanc had a great union and produced what we all enjoy today as Cabernet Sauvignon. Earliest plantings of the vine were found in 18th Century records in the Médoc region of France and also in the estates Chåteau Mouton and Chåteau d’Armaihac in Pauillac.

Cabernet is a versatile grape especially when you take into account what region your bottle is from. Old World wines from Bordeaux will pair nicely with mushrooms as it has an earthy undertone. New World wines, say from Napa Valley, carry a more fruity flavor and go nicely with dishes with a variety of flavors.

Cabernet grapes grown in cooler climates tend towards a more vegetal flavor so enjoy these with a nice lentil soup and salad combination, or something of that sort.

Climate and soil fertility are big influences in what you end up tasting in your glass of Cabernet Sauvignon. A glass of Cab from Sonoma County, CA is quite distinguishable from a Cab from the Napa Valley. Anise and black olive flavors are found in Sonoma County Cabs while Napa County produces flavors more reminiscent of juicy black fruit.

Hillside vineyards in the Napa Valley produce grapes that are smaller in size due to the thinner and less fertile soils but these tiny grapes hold immense and intense flavor which has contributed in making them the prize-winning grapes that they are today.

We may earn money as an Amazon Affiliate from qualifying purchases.﻿ Hey y’all…

We may earn money as an Amazon Affiliate from qualifying purchases.﻿   Sooooo I tried…